Chelsea and Syd’s story started only a few years after they were born! Chelsea first met Syd when he moved to Kouts in kindergarten. She was already best friends with Syd’s cousin and the three of them joined T-Ball together that year. However, it was short-lived because Syd soon moved away for a few years. He did eventually move back to Kouts and they happened to graduate together. Yet, this still wasn’t where their story officially started!

Syd joined the marines with his best friends immediately following high school. A few years in, Syd was deployed in Japan and Chelsea happened to be working a night shift and randomly saw that Syd was posting on Snapchat (Thank God for Snapchat, right??) Chels reached out to Syd and they have talked every day since!

Syd’s sweet Papa officiated their wedding and shared such special stories of Syd, Chelsea, and the two of them. Both Syd’s side, as well as Chelsea’s side, reiterated the same story of a specific time when they knew these two had something incredibly special. It was in June of 2016 that Chelsea’s family was going on vacation to St. Petersburg and it just so happened that the very same week, Syd was going to be on leave visiting his grandparents in Orlando. Which meant that Syd certainly spent part of his week in St Pete’s, thanks to his sweet Papa for making that 2.5 hour drive. I loved how Syd’s Papa tells the story about how he quickly realized Syd was not going to visit some marine buddies, as he had first assumed, but someone much more special. I’m not sure if I have ever heard of a love story that had so many “coincidences”. God was certainly making sure that these two ended up together.

These two have had quite the journey and their wedding day was finally here. While neither of them seemed too nervous during the morning of their big day, they each seemed even more comfortable the moment they were together. Which makes so much sense, considering the length of their relationship! And if either of them were dealing with any hidden nerves, it definitely was not about seeing each other – only about having everyone’s eyes on them for the night!

These two had so many sweet touches to their wedding day – Syd’s ring hand made by his Papa, a photo of them in their T-Ball days, Chelsea’s wearing her Mom’s veil, and the sweetest vows which were the same vows that Syd’s grandparents said 49 years ago!

We loved meeting Syd and Chels at their engagement session and had so much fun with them. We had been looking forward to their wedding day ever since and it was perfect! Oh, and they had the best vendor line up – ever.

Mr and Mrs Robertson, we could go on and on about you guys – but truly thank you so much for allowing us to be a part of your big day.

The Allure on the Lake | Chesterton, Indiana

Gown: Allure from Something Blue Bridal 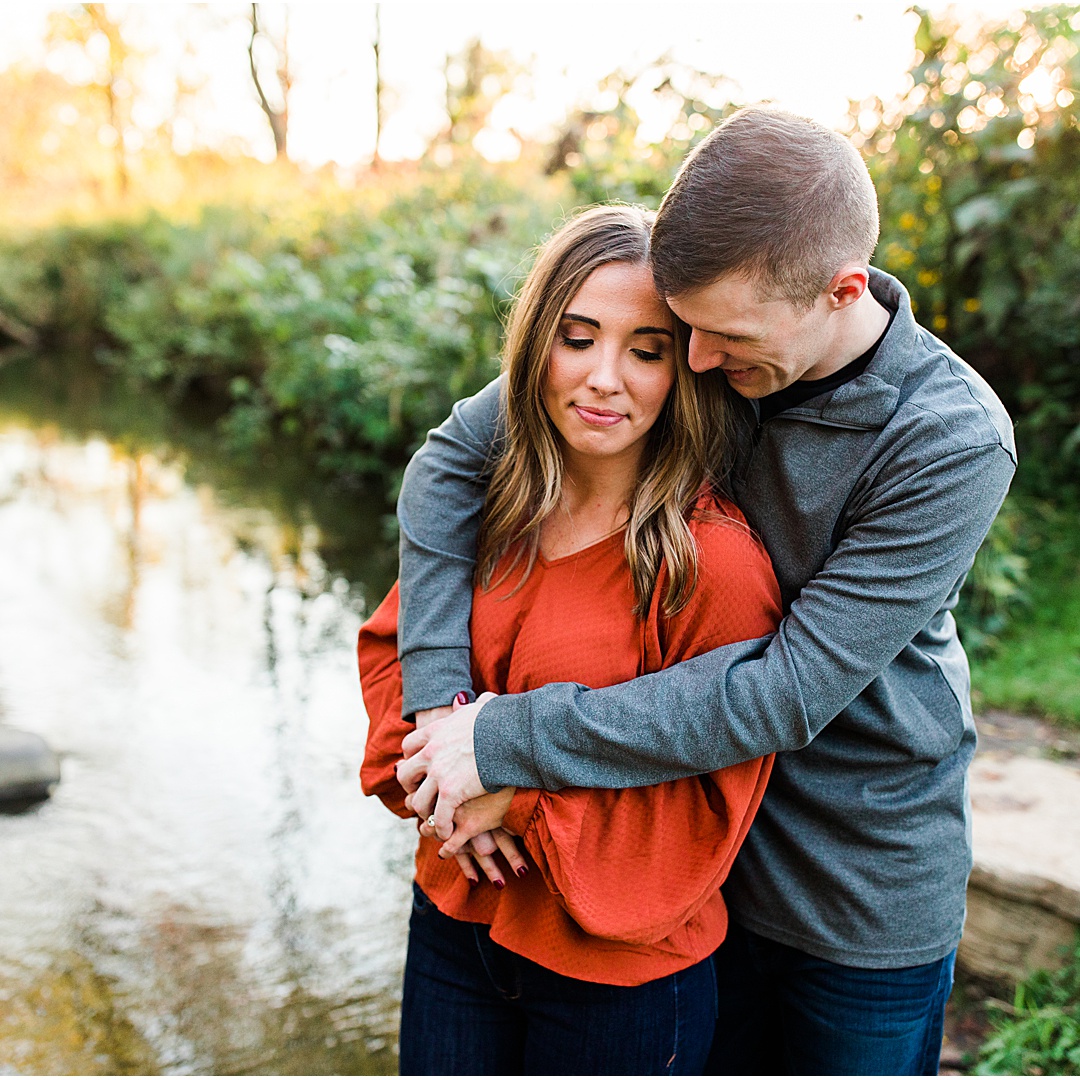 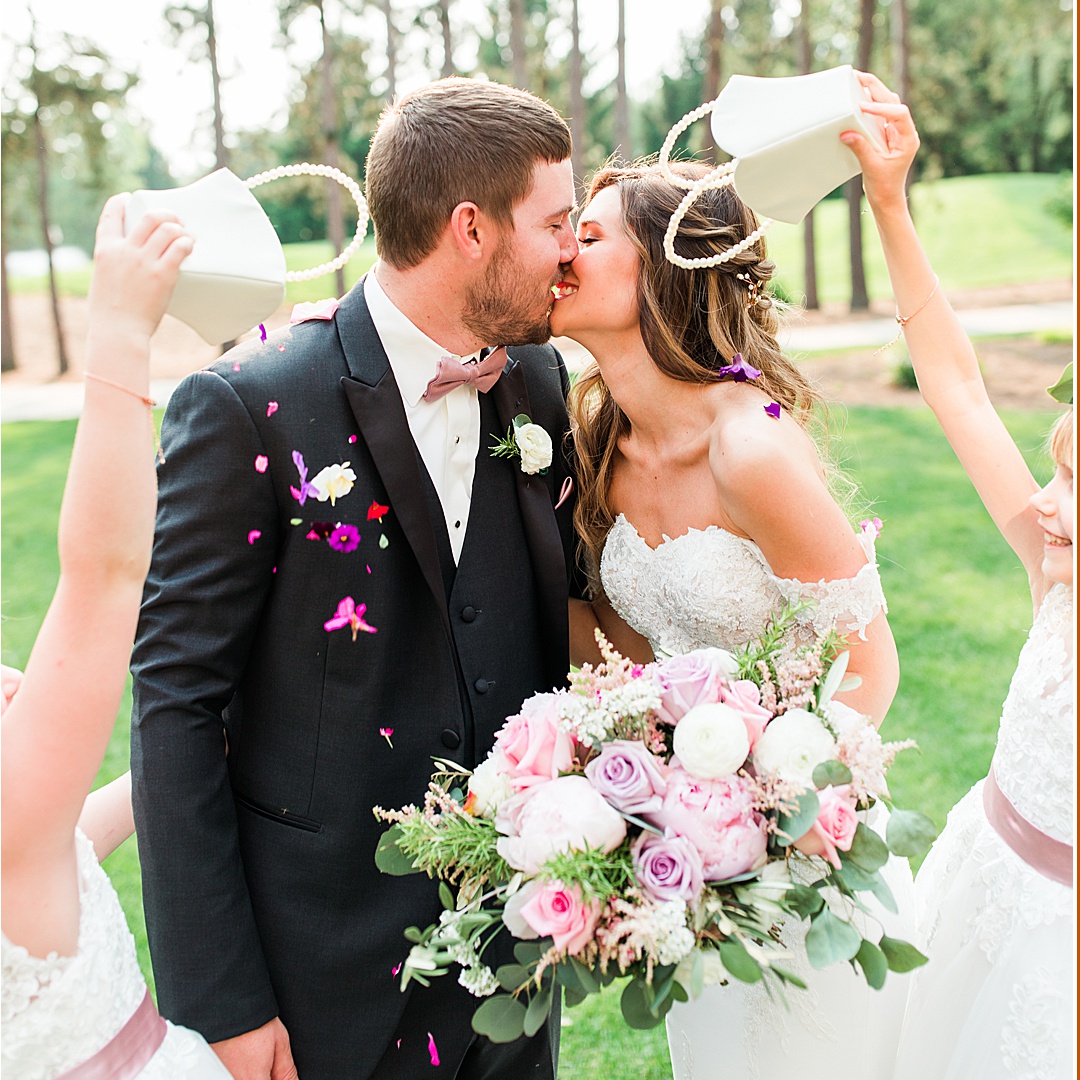 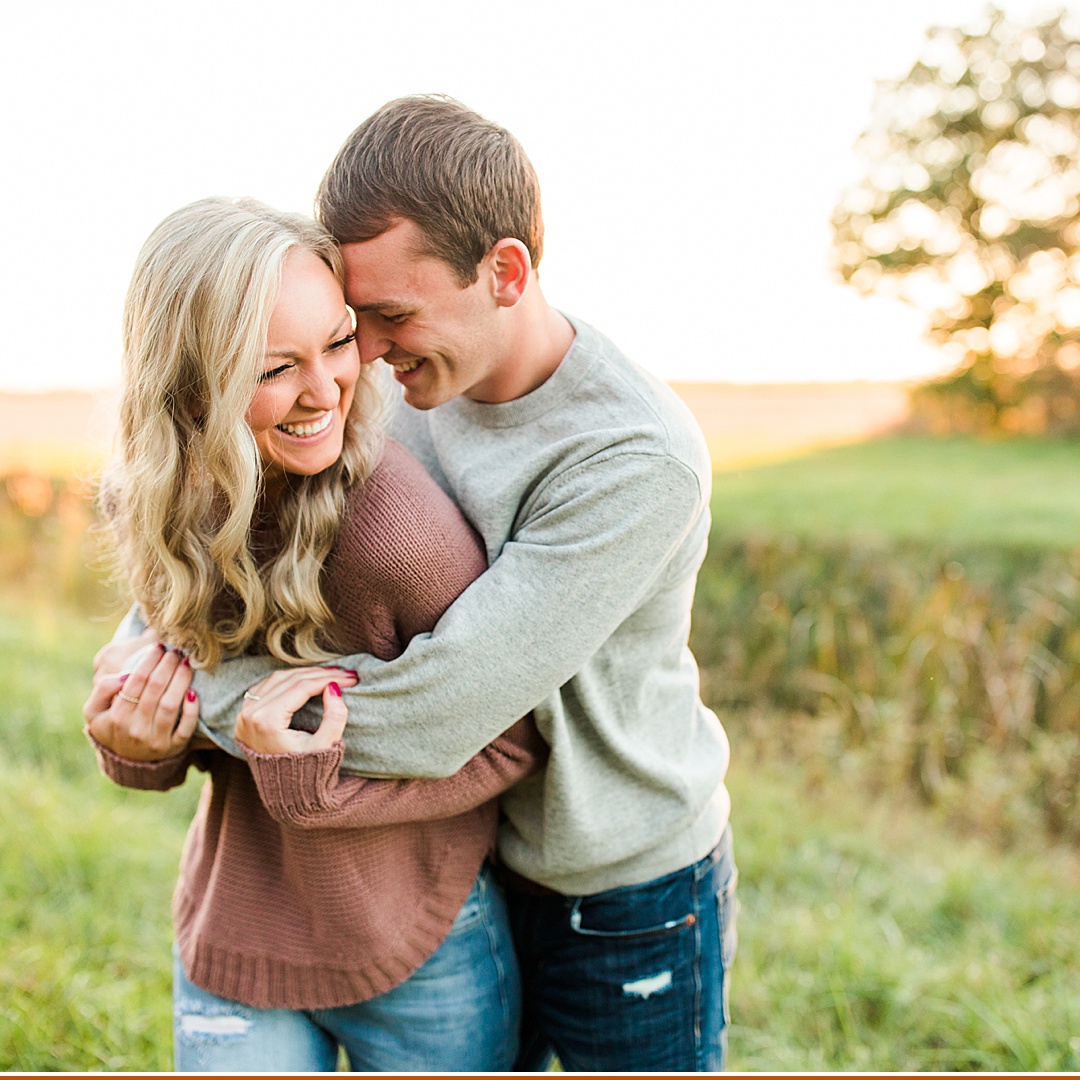 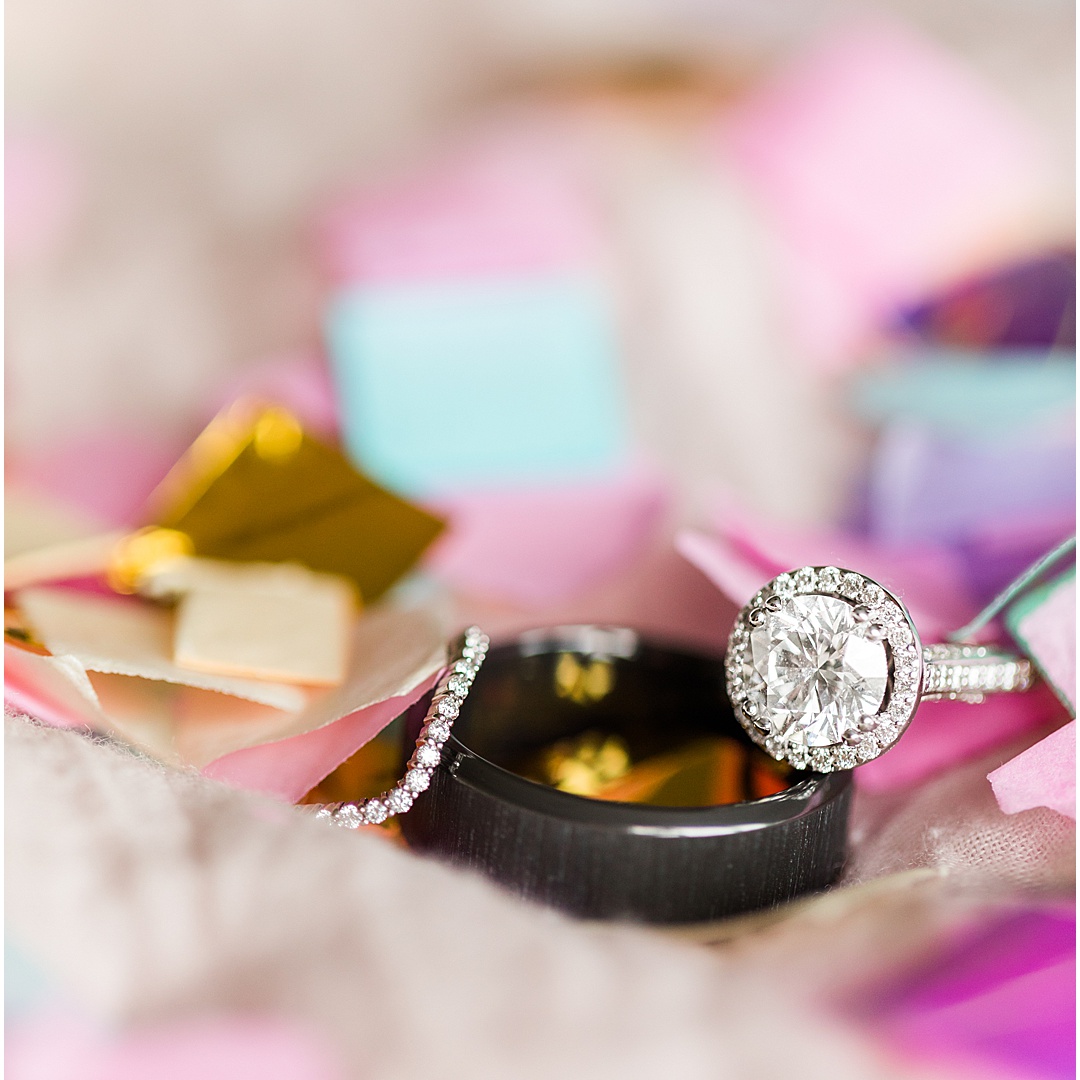 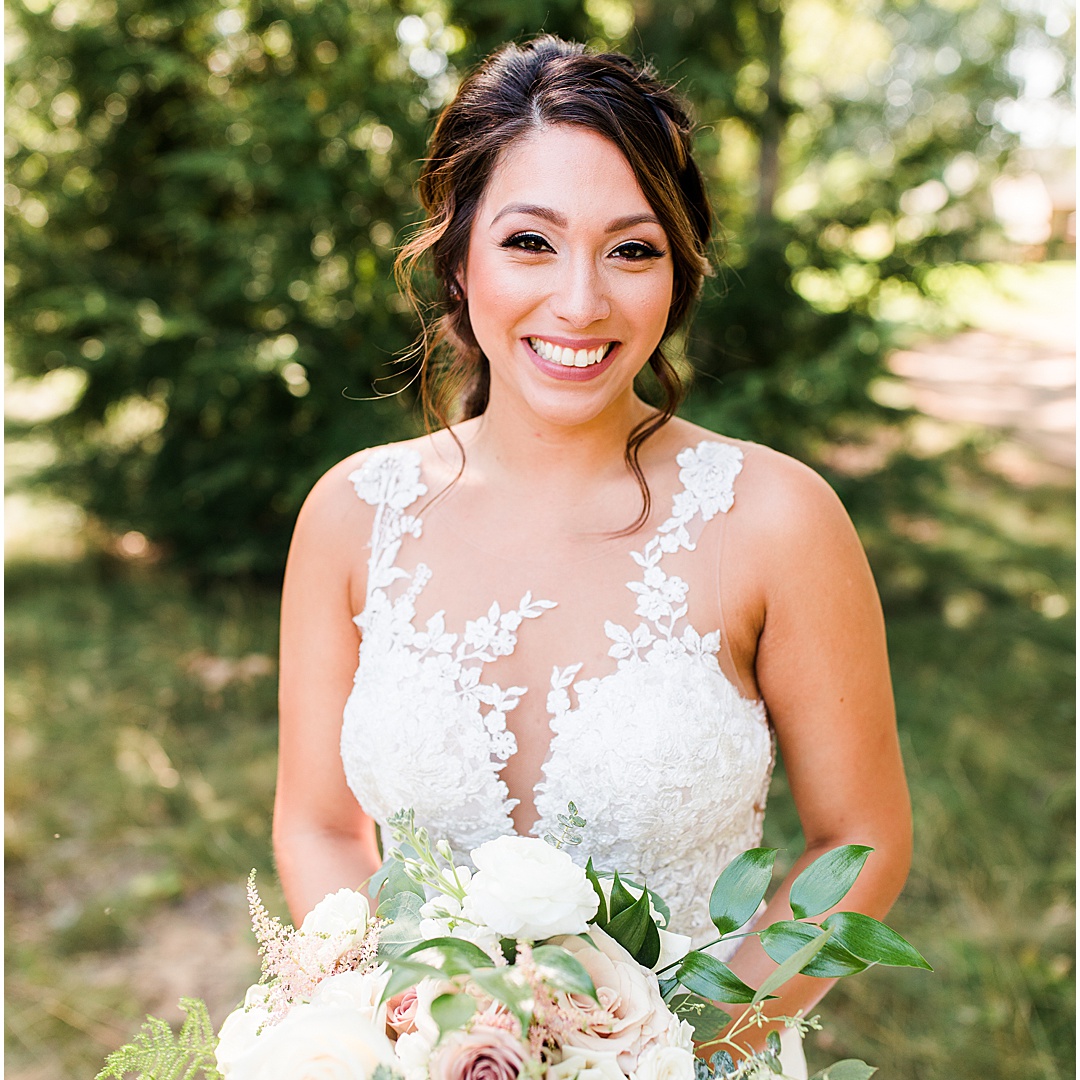